The Ambassador of the Kingdom of the Netherlands to Australia, H.E. Mrs Marion Derckx will at her official visit to Brisbane attend an information event at the site of the former Camp Columbia at Wacol, Brisbane. It was here that the Netherlands East Indies Government-in-Exile had its headquarters during WWII. Others interested in this history are invited to attend this event as well. The event is organised by Dutchlink Brisbane.

Camp Columbia was the staging camp from where Allied Forces, under US General Douglas MacArthur, launched the liberation of the Southwest Pacific.

It is the birthplace of America’s Sixth Army, it hosted the Netherlands East Indies Government in Exile and consequently looked after tens of thousands of refugees and immigrants following the war. The military heritage of the site was also continued by the Australians Defence Force, who took over large parts of the military installations. Interestingly prior to Camp Columbia the area had already a military history linked to the colonial history of Queensland.

The Pooh Corner Bush Reserve is a part of the former Camp Columbia and hosts the only remaining heritage elements. It is the ideal precinct to preserve this history and to tell the stories of the Allies who fought for our independence and liberty during the war in East Asia and the Southwest Pacific, where tens of thousands of its military died.  Close to a million American soldiers passed through Brisbane on their way to the various theatres of war.

After the Americans moved their staging camp to Hollandia in Dutch New Guinea, the Dutch took over the camp to stage its liberation of the Dutch East Indies.

The Netherlands Government is a co-sponsor of archaeological research conducted by the University of Queensland at Camp Columbia.

Many suburbs in this area started on the foundations of the various parts of this camp. Unknown to many, their heritage is directly linked to it. 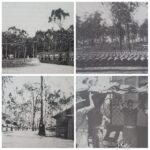 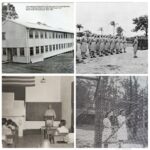 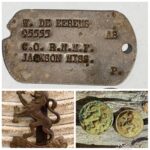